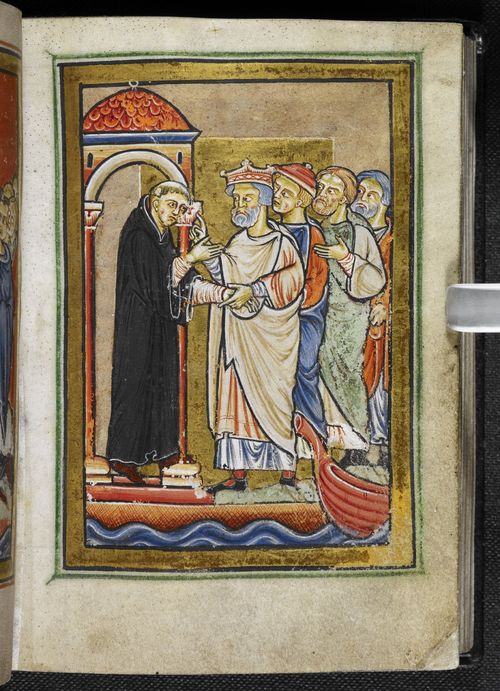 The British Library announces the online Edition of manuscripts containing accounts of St. Cuthbert (d. 687),  one of the most important saints in medieval England and beyond.

He was an influential figure during his own lifetime, first as a hermit whose advice was sought by kings and abbesses, then as Bishop of Lindisfarne. After his death, he became the focus of a major cult. When Cuthbert’s tomb was opened 11 years after his death, his body was reported to be incorrupt. To the monks of the community at Lindisfarne, Cuthbert’s incorrupt state was proof that he was a saint.

Accounts of Cuthbert’s life, death, and miracles were written soon after by an anonymous member of the Lindisfarne community and by the Northumbrian scholar Bede, who wrote both a verse and a prose account of Cuthbert’s life and miracles. Bede also wrote extensively about Cuthbert in his Ecclesiastical History of the English People. Cuthbert’s community eventually moved to Durham in 995, where Cuthbert’s shrine became a major pilgrimage centre.

Four manuscripts containing some of the earliest accounts of Cuthbert’s life—written by Bede—have also recently been uploaded to the Digitised Manuscripts website: Harley MS 526, Harley MS 1117, Cotton MS Vitellius A XIX, and Cotton MS Claudius A I.

Read the whole story and have a look at some of the manuscripts on The British Library Medieval manuscript blog. 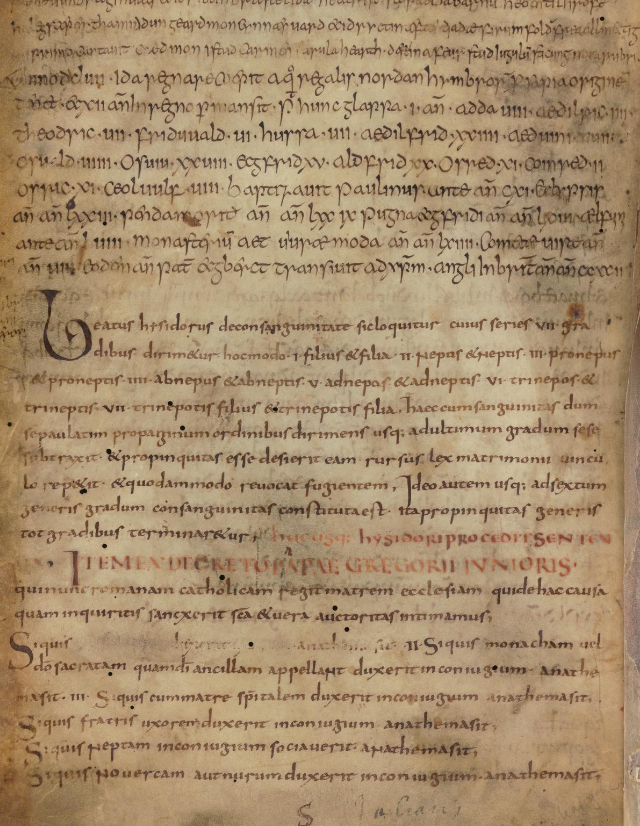 Bede’s Historia ecclesiastica gentis anglorum (HE) is the earliest surviving account of English history. Its central theme is the conversion of the Anglo-Saxon kingdoms to Christianity and the establishment of the English Church. It was Bede’s last major work; he finished writing it in 731, and died a few years later on 25 May 735.

This manuscript is the earliest extant copy of Bede’s History, and may well have been copied at his own monastery, at Wearmouth or Jarrow, within a few years of his death, perhaps as early as 737. It is usually called theMoore Bede because, prior to entering the collections of the University of Cambridge in 1715 as a gift from George I, it had been owned by John Moore, bishop of Ely (1707–1714). Moore had acquired it sometime between 1697 and 1702, and before that it had been in France, in the library of the cathedral of St. Julien at Le Mans. The ex libris of St. Julien can be seen at the foot of the last complete folio (128v). Other evidence on that same page shows that the manuscript had been in France for a very long time, perhaps even since the reign of Charlemagne (r. 768–814). The travels of the book, as well as its very early date and proximity to the life of Bede himself, make it one of the most important surviving medieval English manuscripts.

Read more at the University of Cambridge Digital Library

Check out the new Network for the Study of Glossing site.

Glossing was a widespread cultural practice wherever books were being read, studied and taught, from western Europe to East Asia. Glossing fulfilled a variety of functions, including translation, guided reading, textual interpretation, education, and transmission of knowledge. Glosses—whether words or symbols—also reflect complex interactions between a wide variety of languages, from local vernaculars to international languages of high prestige.

Despite the huge number of glossed manuscripts that survive and their rich evidence for cultural and linguistic traditions, the field of glossing research remains underdeveloped. Much of the primary evidence has never been properly studied; we lack good interpretative frameworks; and exchange between different scholarly disciplines remains at a very early stage.

The purpose of this network is to promote more and better collaboration between specialists in the field. Click here for more information. 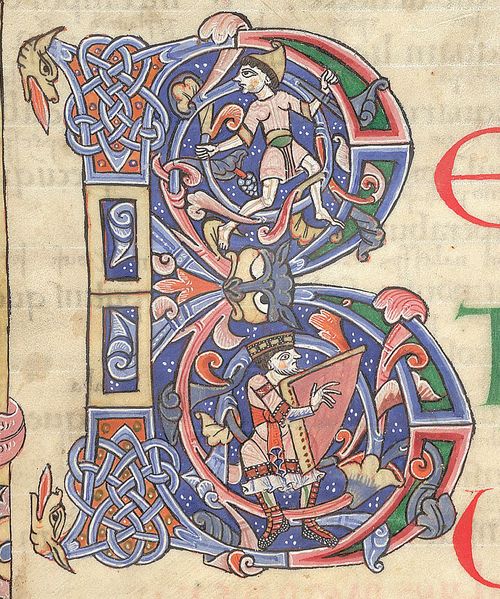 Starting this summer the British Library will collaborate with another major research library on an exciting new project to enhance access to and promote 800 pre-1200 Latin manuscripts, half of which are held by the British Library. There will be three fixed-term posts in the Ancient, Medieval and Earlier Manuscripts section of the Western Heritage department to work on this project.

Please visit the Manuscript Collaboration Hub, a forum for the study of collaborative practices in the production of medieval manuscripts. The blog will serve as a hub for scholars working on colla…